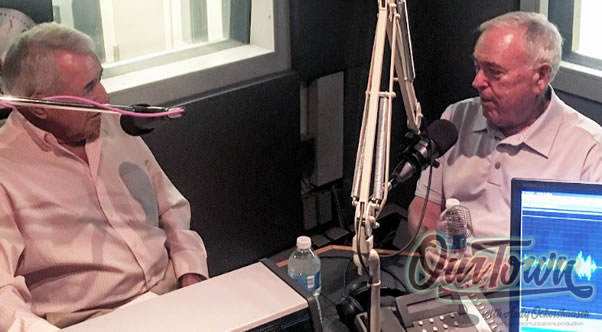 What do Tony Kornheiser, Michael Wilbon, Christine Brennan, Lenny Shapiro and Shirley Povich all have in common?

They all worked for our next guest, George Solomon, former sports editor and columnist for the Washington Post.

Not a good person to try to beat in a Trivial Pursuit game in the sports category . . . George can tell you who the first woman sports reporter was in 1934, what exact minute the Senators left Washington for Minneapolis and can even name the interim coach between the great Vince Lombardi and George Allen . . . what doesn’t he know after over 30 years at the Post.

In this hilarious repartee between the host and the guest, Solomon sets the record straight on everything from baseball to hockey to football . . . George knows his stuff and it’s obvious that Andy remembers a
little of this and a little of that – and don’t ask about the Red Wings.

George became Professor of the Practice at the Shirley Povich Center for Sports Journalism in 2008, and Director in November 2011.

We hope you enjoy listening to George Solomon discuss his perspective about Our Town with host Andy Ockershausen. We invite you to listen to each new episode of Our Town as they roll out over the next several months. You can subscribe to the Our Town podcast on iTunes, Google Play, or if you complete the subscription form in the sidebar to the right you will be notified by email when the next episode appears here on the website.