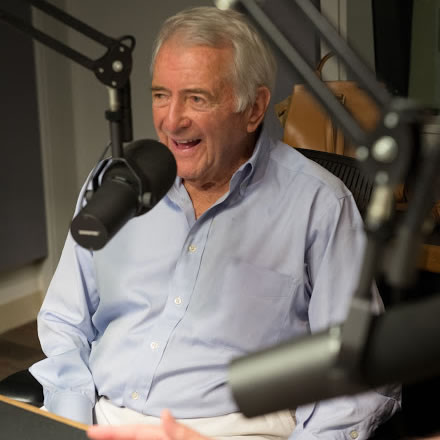 OUR TOWN is presented by Best Bark Communications and hosted by local Washington, DC personality Andy Ockershausen. A third generation Washingtonian, Andy spent his career in broadcasting at the Evening Star Broadcast Group, WMAL and WMAL TV, Channel 50 and most recently Comcast/NBC Universal. Andy’s experience and leadership at major stations has allowed him to conduct business and develop close relationships with individuals including: US Presidents, sports heroes, and influencers in the political, business and charitable communities.

OUR TOWN features a different personality/talent each episode. Andy Ockershausen’s experience, deep understanding and knowledge of Washington, DC during the 60s, 70s, 80s, and 90’s and his close relationships with the guests, bring a unique perspective to their story. Andy interviews characters who have made an impact in the DC Metro for more than five decades. Listeners have the opportunity to catch up with people they considered their heroes as well as old friends. Each podcast is a half hour. New episodes are released on Tuesdays and Thursdays, and available at ourtowndc.com, as well as iTunes, Stitcher and TuneIn.

Many of Our Town guests from Season One and Season Two and Season One launch party at Tony & Joe’s Seafood Place are included in the following montage. We’ve had fun with each and every guest and their interview. We are grateful for their support and the support of all of our friends and sponsors such as GEICO, Attorney Michael Collins, The Palm, and Ivy City SmokeHouse Tavern & Market.

Season One features more than 50 guests. Our Town guests are influencers who have varied backgrounds and experiences from a wide variety of industries and have had a major impact on the Washington DC Metro. They include Sonny Jurgensen, Bill Regardie, Mel Krupin, Frank Herzog, Catherine Meloy, President of Goodwill, and Maurice Cullinane, DC Police Chief during the Hanafi Siege of 1977, Cary Hatch, CEO of MDB Communications, Wendy Rieger, Mike O’Harro, and many more.

We launched Season Two on May 23rd. We have interviews with Jim Vance, Kathleen Matthews, Doc Walker, Chris Plante, Diana Mayhew, Senator George Allen who was also Governor George Allen, Joe DiGenova and many others. The variety and depth of the interviews will delight and inform you.

Whether it’s catching up with newsmakers who impacted the community in the past or those making news in the present, by the time each interview is over you will understand from each guest how their contribution has made a difference in the Washington, D.C. community. You can hear the podcast right here on our website, iTunes, or Google Play.

We would love for you to listen in, let us know your thoughts, and any suggestions about who you’d like to hear.

Connect with Our Town

Most Recent Our Town Podcasts