Our Town host, Andy Ockershausen, welcomes Chip Akridge as his special guest this week in this all new episode of Our Town. Our Town is a podcast that dives deep and reveals new insights into the lives of prominent Washingtonians who have had made Our Town what it is today. Please listen in to learn more about the fascinating life of Chip Akridge of the well-known Akridge real-estate firm! 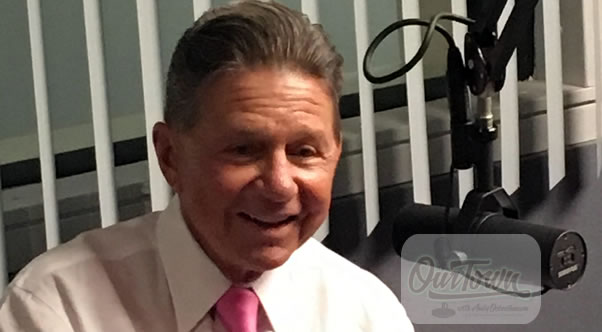 Born in Knoxville, Tennessee, Akridge began working in the real estate industry when he was only 12 years old. He continued working in real estate while he attended Georgia Tech in Atlanta, GA. There he was enrolled in the ROTC. After graduating Georgia Tech, Akridge joined the Army. Later, he graduated from Harvard Business School and then went on to serve our country in Vietnam.

Andy and Chip discuss his road to Harvard Business School. He did not have great undergraduate grades because he spent most of his college career being active in the student government. He served as President of his class. Despite his GPA, he called Harvard to ask for an interview. He was told they did not give interviews but he did not take “no” for an answer. He went to the Dean’s office and waited in a chair until he could be seen. His tenacity paid off in spades!

Andy and Chip also talk about how, many years ago, Chip and his wife ended up in the Washington, DC area. Chip was interested in commercial real estate and began working with Bob Gladstone in 1972. In 1974, Akridge split ways with Gladstone and decided to go on his own. He did so, however, during bad economic times. Despite his bad timing, Akridge’s building company prospered due to DC’s steady market and investors who stuck in there even through the hard times.

Akridge says that real estate has dramatically changed from commercial to residential and retail in the past few years. He explains that up until the late 80s, DC’s residential building industry was stagnant because there was no demand. Now folks want to live in the city with all of the conveniences and none of the hassles of traffic and upkeep of a larger house and yard.

Andy and Chip speak of the trends in building with less land in urban communities. They also touch on the topic of affordable housing. Akridge shares that elections are always good for the real estate market in DC.

Chip Akridge is Chairman of he Trust for the National Mall. “The front yard of our country” is in bad shape and needs a lot of help! Congress has been very helpful in getting things going and now the private sector is also chipping in to make our country’s National Mall look as fabulous as it should. All of these efforts are largely due to Chip Akridge and his dedication to this noble cause.

Chip is also heavily invested in preserving the Chesapeake Bay and the Eastern Shore. He believes in taking care of what God has given us. Environmental consciousness is extremely important to him.

Akridge has traveled to Africa a total of 6 times. He has been able to take his children and grandchildren there to experience this magical country. He believes there’s a lot to learn by seeing how these villagers in Africa treat their environment in the most respectful ways.

Finally, as you listen in you will learn what Akridge Building Company has coming down the pipes in the future. There are big plans involving Amtrak and Union Station that have been a long-range ten year project still in the works.