Bob Pincus, Vice Chairman of Eagle Bank, is Our Town’s host, Andy Ockershausen’s, guest this week in an all new episode of on the Our Town podcast. 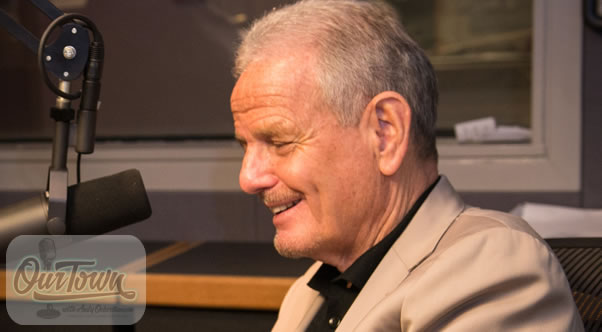 Bob attended the University of Maryland and focused on Finance. He went on to receive a MBA from American University, where he was hired as an executive Vice President at DC National Bank by one of his professors. Bob contributed to the bank’s extraordinary growth and in ten years became DC National’s CEO.

Bob’s father owned a restaurant in Cottage City, Maryland. The restaurant was known for its crabs, and became a local hang out for many local baseball players. Although Bob, and his three brothers, grew up in Cottage City around the restaurant, Bob was the only one who worked there.

During the course of Bob’s banking career, he sold several banks. His goal was always to stay within his community and remain a local banker. Andy and Bob recount many dramatic changes to the banking industry that they have seen over the years.

Community service is important to Bob, and as such has served on many boards on which he has helped to enhance the quality of life in Our Town.

Andy and Bob discuss their time together on a committee raising funds for children. They also served on a board together which resulted in a positive impact on the education for inner city kids in the Washington, DC area. Tennis and basketball fundraisers were (and still are!) a big hit in helping get donors to support inner city kids through this foundation.

Bob explains more to Andy about the I Have A Dream Foundation in which he and his wife sponsored an inner city child beginning early in their lives. They helped them all along their school career in DC and then, upon graduation, they paid for their college education. 33 out of 35 of the children in this program graduated from high school. Now they are back in the community and serving as role models for other children in similar life situations.

Bob Pincus has been awarded many honors. Among these honors and awards, Andy speaks to Bob about becoming a member of the Business Hall of Fame and Washingtonian of the Year. Andy also noted how other award recipients will oftentimes mentioned Bob in their acceptance speech. Bob sees this as a huge honor and believes wholeheartedly in enhancing the business community. His actions have brought such energy and vitality to this community and it makes the DC area a better place to live and work.

Bob and Andy also talk about the movement to bring baseball to Washington. Bob and some of his friends began a campaign to bring baseball to DC but, due to a suffering economy in 1991, the proposal fell through. However, this effort brought energy to the cause and now, ten years later, there is a baseball team here. He’s a fan and goes to the games as often as possible. He loves how baseball has brought entertainment to the area, making it a better place to live. Due to baseball in DC, this area of town is prospering with new places to live, businesses and restaurants all around. Few things make Bob happier than to see a dream like this come to light!

Currently, Bob is Vice Chairman of Eagle Bank. He claims that Eagle Bank is “growing like a weed” and attributes a lot of it’s success to the branding of the bank. Eagle is expanding into all parts of Northern Virginia.

Bob Pincus is such a successful businessman as well as a man of public service dedicated to enriching his community. Due to Bob’s efforts, the quality of life in the DC area has evolved to what it is today. Andy wraps up the interview by making sure to let Bob know how much we all appreciate what he has done for DC.